Last weekend was a BIG check on the ol’ wedding planning to-do list because I went wedding dress shopping for the first time!! This was not a post that I had planned or pre-written/scheduled, but I feel really inspired to share on the experience because as fun as it was, it was super overwhelming & I totally get why I know more than a handful of people who have bought dresses and then changed their minds lol. So here are my thoughts on saying ‘yes to the dress’ (& why it’s actually hard AF), that hopefully helps out some of my fellow bride-to-be’s or just gives ya something to relate to 🙂 — 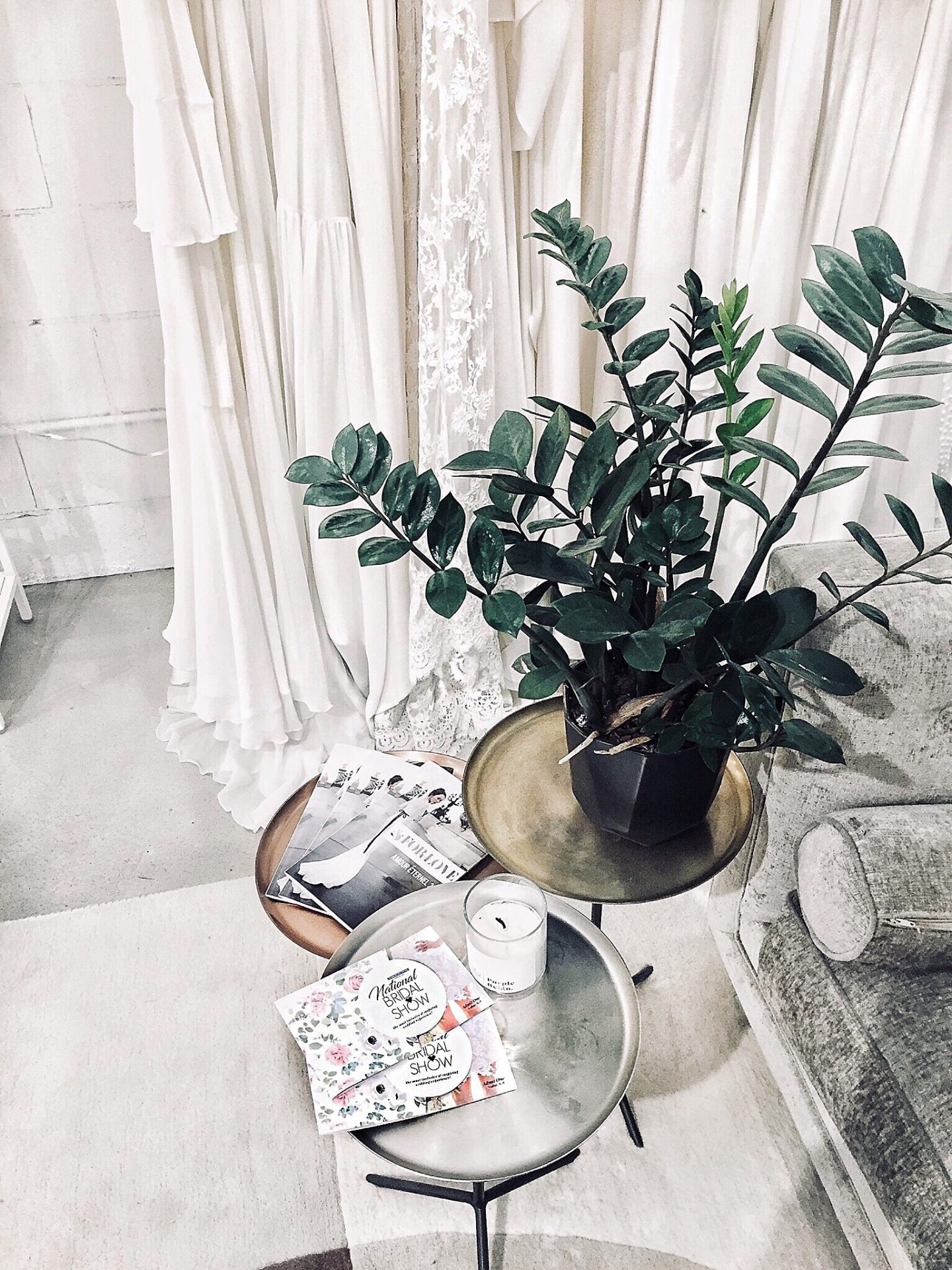 I want to preface this by saying I am definitely a planner/researcher by nature, and that was wildly helpful in narrowing down the boutiques I went to (3 total, based on designers that I was interested in). I also asked friends who are married and been there, done that. HOWEVER, even still, if I’m being honest I liked maybe 1 in every 15 dresses on the racks? Bridal styles be weird, so be prepared (some of my fave analogies from the day included figure skater, hunger games contestant and all-white Morticia Adams. Cool lol).

Once I was trying stuff on though (at the first place, at least) it was a blast. My girlfriends are so amazing/hilarious/supportive and were so enthusiastic which really allowed me to enjoy the experience. So, be mindful of who you bring. At first, I felt like everything I put on “could” be the one, but I feel like that can be equally distracting looking back because the actual ‘one’ that I’m very much leaning to (more on that later), I wish I had analyzed a bit more, put on heels with, etc. It was the only one that I paired a veil with though, so that’s a good sign I think. On that note, don’t put a veil on unless it’s a very likely contender bc people will cry and I can see how you could get swayed. Also, TAKE PICTURES OF ALL THE CONTENDERS. Assuming, like me, you want your dress to be as impactful in person as in your memories, I was able to eliminate or be more thoughtful about certain dresses based on how they photographed.

I also want to say, as lovely as the boutiques are, they get super hot, there are other bridal parties in there and you are literally having a stranger push and prob you which is quite strange. I kid you not, I was one inch from not getting into the sample sizes and genuinely feel for those who are smaller or larger than me because how can you imagine the final look if you can’t get it on or have to have half of it clipped back?! It would be like buying a place off a floorplan (which also confuses and amazes me). All that to say, bring good friends & your imaginations, peeps.

The one thing that I did find to be true though, is what people say about giving lots of styles a chance — if you remember in my last wedding update, I basically said no way I’d be into a princess gown and guess what was the unanimous runner-up fave? A FULL TULLE SKIRT FIT-FOR-A-FREAKEN-BALLERINA dress. & guys, it was a beaut (a bit heavy, though). Which brings me to my earlier point about understanding a dress switcharoo, because you have likely never put on dresses as glam as some of these options and you’re going to feel good in some that maybe aren’t really ‘you’. That was the one thing that kept me on track (thanks again to my gfs) — we kept going back to: ‘is this ‘me’, though?’, ‘will I look back at pictures and feel like myself‘, ‘will I be comfortable‘, etc. And that’s not to say that you can’t end up going with something that maybe isn’t what you exactly envisioned, BUT I don’t think you should stray so far from your regular style either.

Another thing that I found less than fun, is that bridal dresses are surprisingly not that customizable (I expected they would be, I don’t know why). For example, I found next to no long sleeve options which I’m really into and wanted to try more of and there was a surprising lack of ‘white’. I got a lot of ‘champagne’ and ‘oyster’ and was like, ‘but it’s my wedding, not a sushi buffet!!‘ LOL. There are also a TON of materials to navigate — for example, I now know I like romantic versus geometric laces and prefer tulle or organza to chiffon. Who knew.

I also feel like fear mongering about your wedding date and how much time it takes to order in and alter dresses is definitely a tactic. Our wedding is a little less than a year out, and already they were pressuring me. Do not let that motivate you to make a rash decision in saying yes to the dress because deposits are, you guessed it, non refundable.

Lastly, I will say, while styles should be a free for all, don’t bother wasting your time with options that are way beyond your budget (I define ‘way’ as ‘no matter how magical this looks there is no way in hell I am buying it or am comfortable with anyone else buying it for me either‘). I had to come to grips with this when I located this one dress that I have had saved in my phone for probably 3 years, and learned that it costed THREE times more than my other top pick (which was already more than I wanted to spend, btw). I debated between just going to try it because when else would I ever, but decided it’s just not worth it if there’s no chance it’s a feasible option and would only confuse me.

I’ll finish by saying that the other dress I mentioned which is my front runner has also been saved in my phone for ages, I had set aside before I even went for my appointment AND it was the first one I put on. It was love at first sight and I almost think too many options took away from my decisiveness to know that so always, always, trust your gut (instead of what you think you should be doing).

I am going back to try it again this weekend, and will hopefully officially say yes to the dress!!!

One last thing! There is still time to get your tickets to the National Bridal Show on Feb 2-4th (I will be there!!) & if you use code INTLPEACH when purchasing your tickets online you’ll save $3 per person! I’m also giving away a few pairs on this instagram post.

Curious to know what style you think I went with & if you had a similar experience trying to say yes to the dress! Leave me a comment & as always, any questions xx